5-0 clock shadow: Local police get hairy for a cause 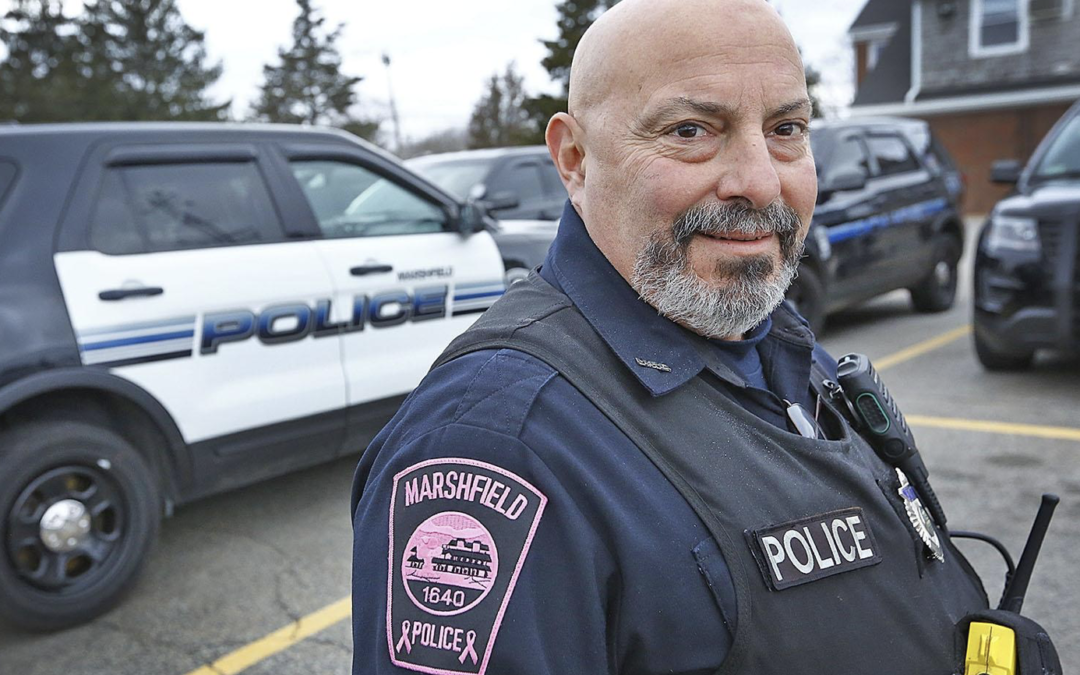 MARSHFIELD — To be honest, Police Chief Phil Tavares isn’t a fan of his officers’ facial hair.

He says he thinks it’s a little sloppy, and that he always wants his department putting their best foot — or face — forward. But, like a half dozen other local police chiefs, he’s willing to look the other way in the name of a good cause.

“If we can put a smile on their faces — we’re all about it,” he said. “We’re all about making kids and families happier during this really hard period.”

Officers in departments in Hingham, Weymouth, Marshfield, and others are embracing the “fuzz” by ditching their shaving equipment for the month of November in exchange for a donation to various causes.

In Marshfield, officers pay $100 toward Cops for Kids with Cancer, a Canton-based nonprofit that donates up to $5,000 for families struggling with pediatric cancer. While men get to don beards and mustaches, women also pitched in $100 and got to either wear their hair down in the office or wear plain clothes for the month. In all, the department raised $5,000 just through officer donations.

“We wanted to come up with unique ideas so everyone could participate,” Tavares said.

Quincy, Hanover, Duxbury, Pembroke, Scituate, and Canton police officers are also letting it all grow out for Cops for Kids with Cancer. Officers in Quincy are allowed to participate as long as they make a donation, and on Dec. 1 they will come together to have their facial hair chopped at Alda Barbershop.

In Hingham, Weymouth, Abington, and Kingston, officers all pitched in $100 to keep their beards and support Home Base, a Red Sox and Massachusetts General Hospital campaign that raises money to support veterans and their families.

More than just collecting cash, the no-razor fundraisers offer a chance for officers to start conversations about the charity they support, Home Base Executive Director Jack Hammond said in a statement. And, when it comes to providing clinical support for veterans, those conversations can make a huge difference.

“It goes well beyond ‘thank you for your service’ – it’s something tangible people are doing to show them that they care,” he said. “With all of these departments reaching out into these communities, they are bound to know someone who needs help and connects them to us. Every time they do that, they are saving a life.”

For Marshfield, rocking the beards is just one-way officers can give back to the department’s favorite charity. Cops for Kids with Cancer has given away millions of dollars across the state, including to a dozen Marshfield families.

On Thursday, the department will host its fifth annual fundraiser for the organization at Haddad’s Ocean Cafe, 291 Ocean St. Doors open at 6 p.m. and tickets are $20 for a night of eating, drinking, live music, and a silent auction.

The first fundraiser in 2015 raised about $17,000. By last year, that number had multiplied several times over and brought in more than $75,000. Lt. Arthur Shaw says he used to have to pound the pavement asking local businesses for donations to the event, but now they call him to ask what they can do.

There is no set goal for this year’s event, but Tavares and Shaw say they hope to top what they raised last year.

“Every time there is a need, this community rises above and beyond to fill it,” Tavares said. “We come together as one and it’s what makes Marshfield an incredible place to live.”