Andover High School freshman Kevin Kang, 15, and his family met with police as part of Cops With Kids For Cancer. 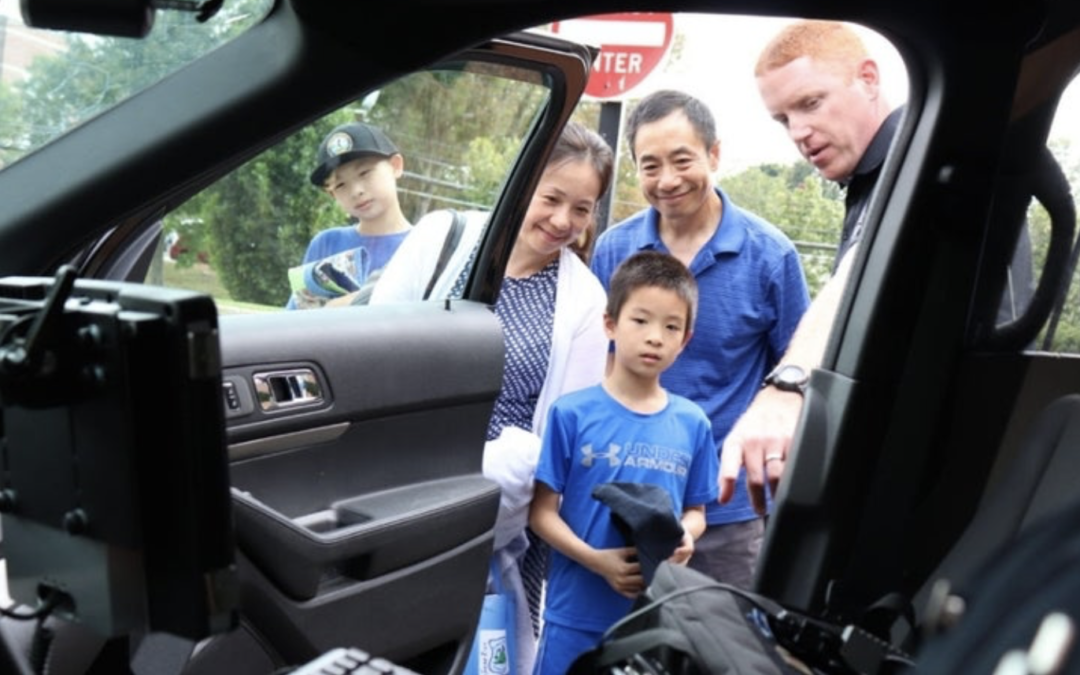 Chief Patrick Keefe and nearly two dozen members of the Andover Police Department welcomed an Andover teenager and his family to the police station yesterday, where they were presented with a donation to help in the teen’s fight against cancer.

On Wednesday, Aug. 21, Andover High School freshman Kevin Kang, 15, and his family visited the station to be presented with a donation from Cops For Kids With Cancer. The check is meant to help defray the costs the family has incurred during Kevin’s ongoing battle with leukemia, which he’s been fighting since his initial diagnosis last November.

Massachusetts State Police Capt. Michael Drummy presented the Kang family with a $5,000 check from Cops For Kids With Cancer, as well as a variety of gifts for Kevin, including a special quilt, a hat, and a teddy bear. Chief Keefe also presented Kevin with some Andover Police gear, including a department hat and mug.

Several Andover Police officers, dispatchers and support staff were on hand for Wednesday’s presentation. A group of officers then led the Kang family on a tour of department vehicles, including two cruisers and a motorcycle.