CFKWC goes to the North Adams Police Dept. and made a donation to 15 year old Jake Tullo and his family. 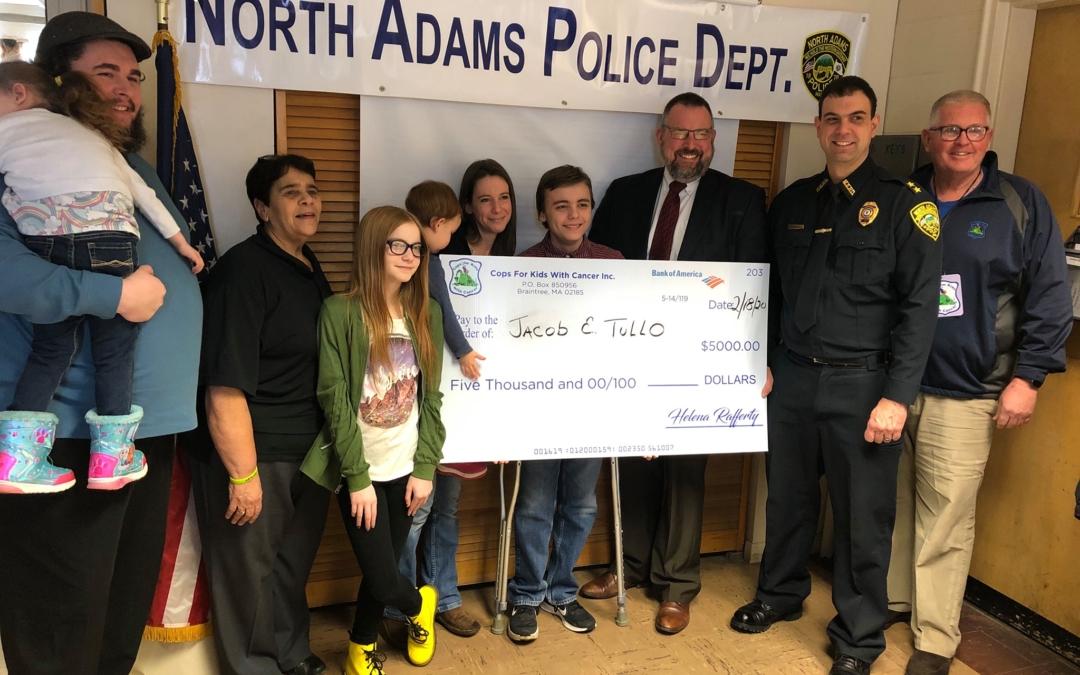 Kevin Calnan of CFKWC, went to the North Adams Police Dept. and made a donation to Jake Tullo and his family.
A special Thank you ! to Mayor Tom Bernard , Chief Jason Wood and all the men and women of NAPD. for their assistance.

“NORTH ADAMS — Since he was less than a year old, Jake Tullo has been battling cancer.

Jake, 15, suffers from Li-Fraumeni syndrome, a genetic defect that leaves the victim open to a wide range of certain cancers, many of which are rare forms.

Jake and his family live in Clarksburg, and must travel to Boston regularly to test for new or ongoing tumors. When Jake was 8, he was found to have further cancerous tumors in his pelvic region and had to endure the amputation of his right thigh in July 2018, according to his mother, Kate Zamay. He still has a number of tumors that doctors have to check regularly.

So on Tuesday, the nonprofit agency Cops For Kids With Cancer stopped in at the North Adams Police station and presented a check for $5,000 to Jake and his family.

Retired State Police Lt. Kevin Calnan, a board member with Cops For Kids With Cancer, presented the check to Jake with his mom, dad and three little sisters on hand.

“It’s nice to see them take the time to help people in their communities,” Zamay said.”