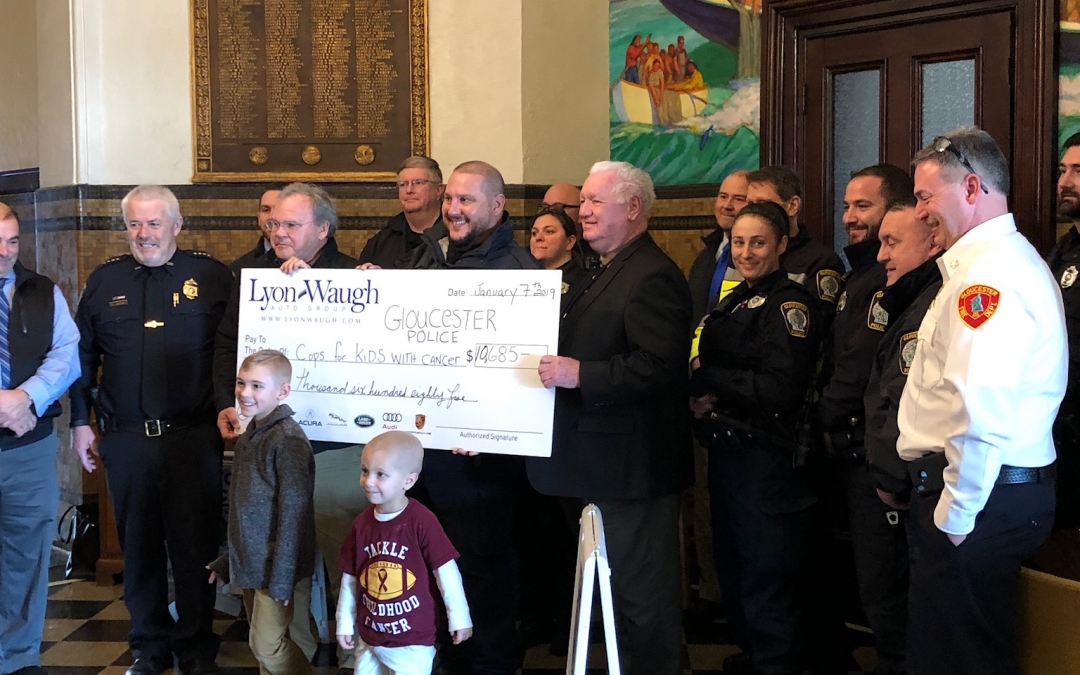 At Gloucester City Hall, CFKWC received a check from the Mayor and Chief of Police in the amount of $5,685.00. This check represents the proceeds from a fundraiser they held in September 2018. Present at the event was Mr. Warren Waugh, Owner of the Lyon-Waugh Auto Group who had previously make a donation to the September event. Mr. Waugh after hearing about the organization and meeting two families, who were present, ( One of the families received a donation from CFKWC and the other was the young boy (Mason) who donated his birthday money to CFKWC a few years ago). Immediately increased the amount by $5,000.00 making the total contribution $10,865.