A hairy situation for Butte officers 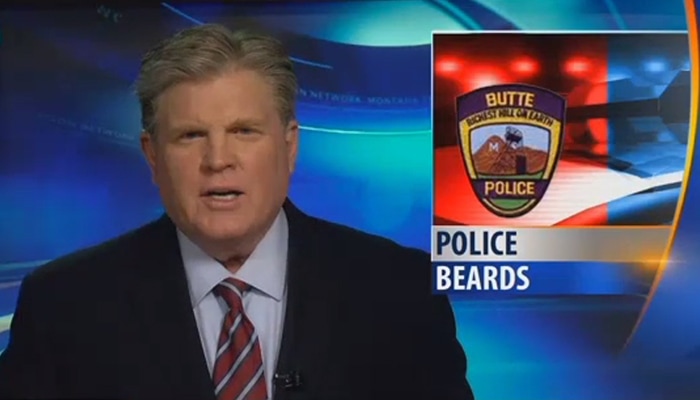 BUTTE, Montana – Beards are for lumberjacks, not cops. But some Butte cops started growing their own, though it takes some getting used to.

Police Capt. Mark St. Pierre agreed it was unusual, “It’s kind of comical when you get out of the shower and you’re ‘oh my god, look at my face. I’m going to work.’ I feel like I should be going hunting.”

This isn’t a fashion statement. These officers want to raise money for Cops for Kids with Cancer, a charity that helps children with cancer, and they decided to have a beard growing contest.

“At first we were laughing about it, it was kind of a joke, I approached the Sheriff about the idea and he agreed to it,” said Undersheriff George Skuletich.

About 40 officers are participating with a $25 entry fee and that fee will be matched by the police union. They hope the public will also donate to this cause.

“We never got to grow a beard before, it’s against our policy, so it’s just kind of a fun way to do it and easy way to raise money,” Stearns said.

Stearns added he likes his new beard, even though his wife is a bit skeptical.