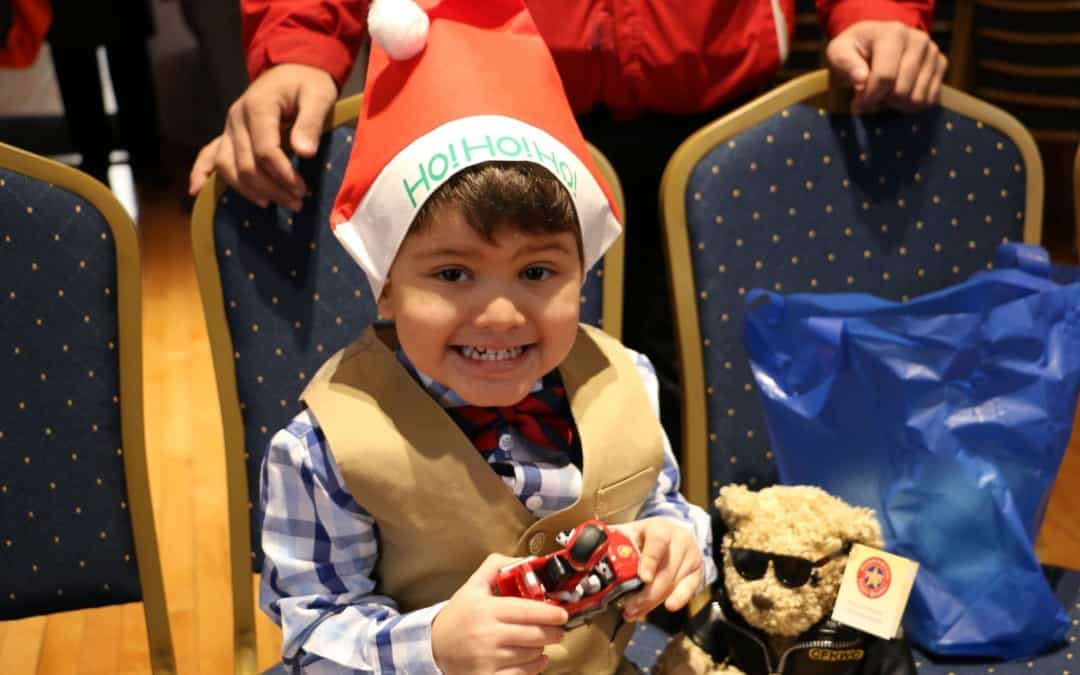 On 12/12/17 CFKWC went to the Methuen Police Department and made a donation to the family of Brixton Urbaez age 3 yrs. On hand for the donation was Ed McNelley and Mike Drummy of CFKWC, Brixton’s parents Alana and Kadir, Methuen Mayor Zanni, Chief Solomon and... 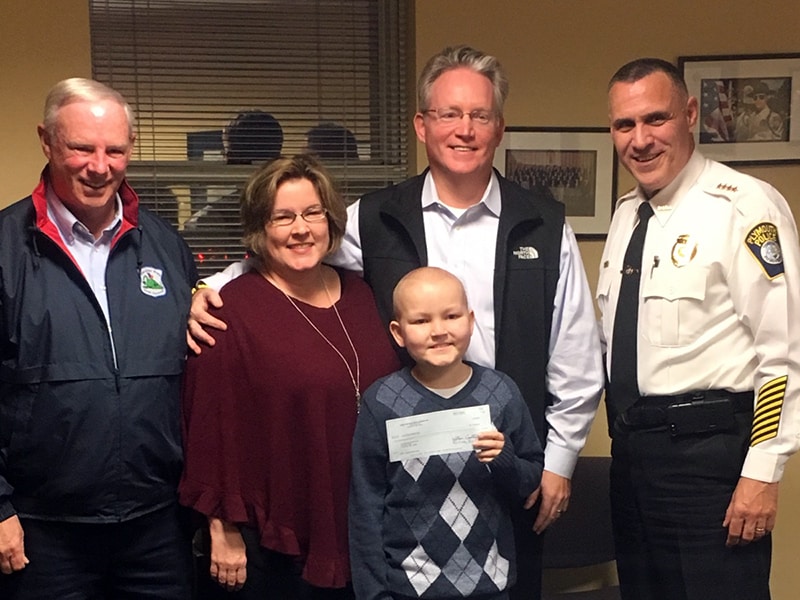 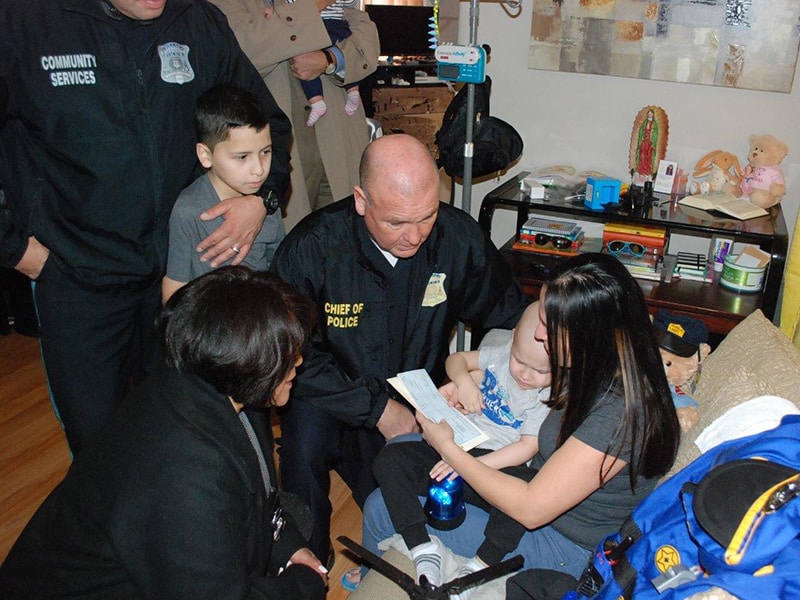 December 6, 2017. Chief Brian Kyes (Chelsea) presents check for $5,000 from Cops For Kids With Cancer to young Edison and his mother. 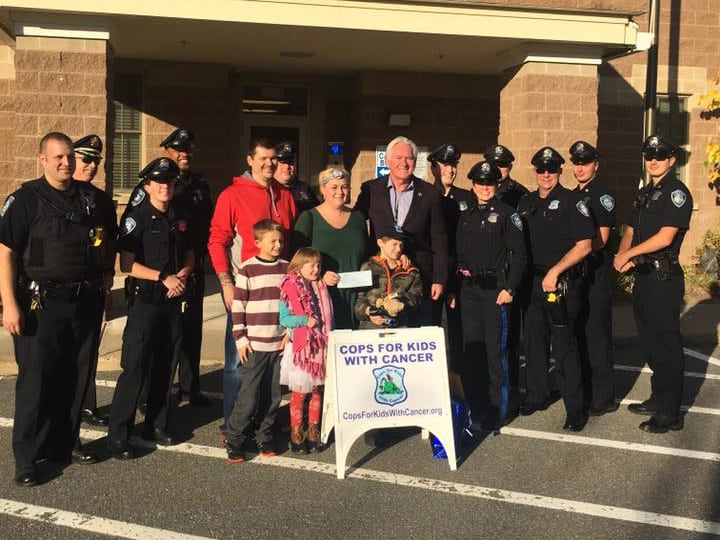 On 10/27/17 Captain Paul Ivens (Ret. BPD) of CFKWC, made a donation to Brandon Contoni age 7 yrs. and his family, at the Lunenburg Police Department. We would like to thank Chief James Marino and all the Police Officers, who made this such a special day for the... 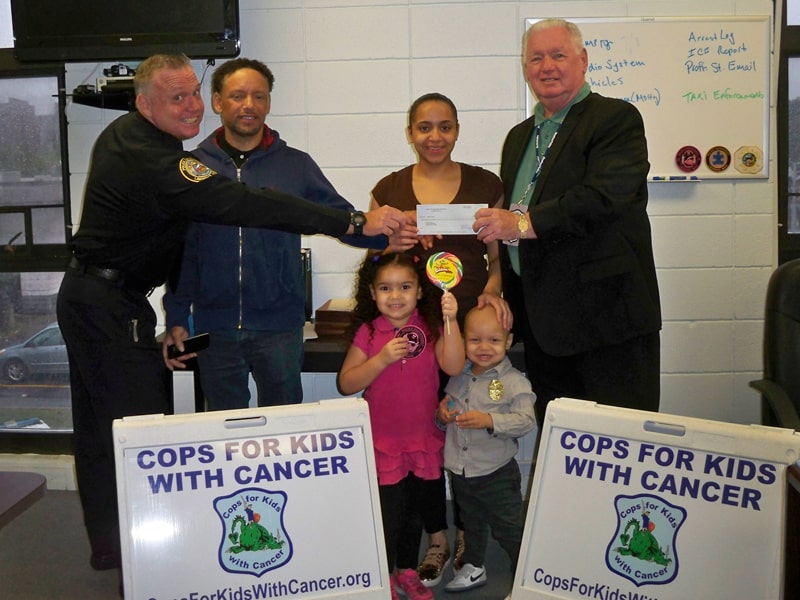 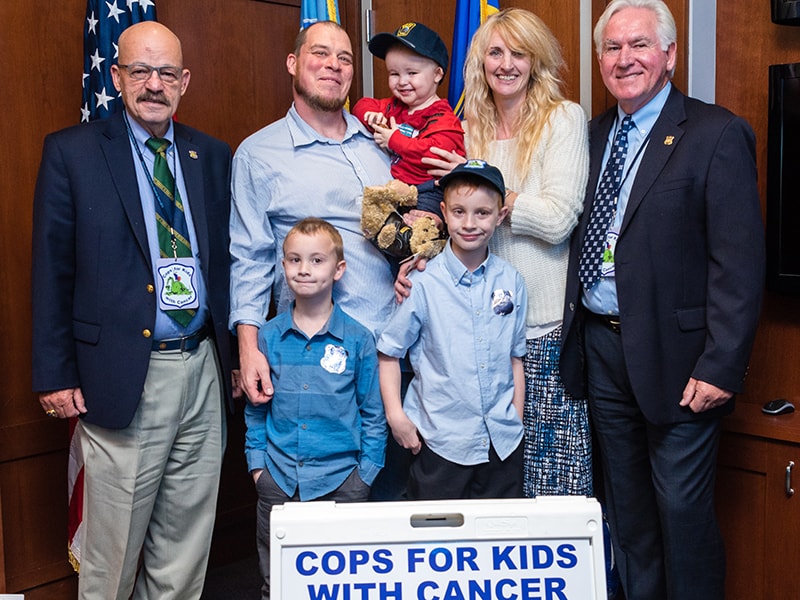