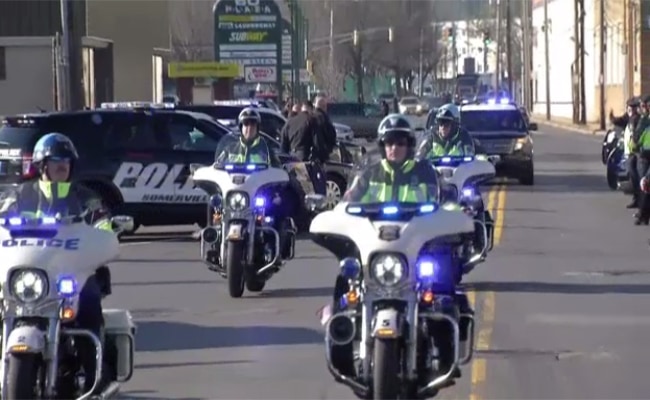 Cops for Kids with Cancer donates $5,000 to Haley Ledbury of Malden

MALDEN, Mass. — The season just got a little brighter for a teenager battling cancer from Malden, Massachusetts, thanks to a surprise sign of support from the community.

Haley Ledbury, 15, was diagnosed with Ewing Sarcoma just before Thanksgiving. Shortly after that, someone who knows her wrote a letter to the local non-profit Cops for Kids with Cancer explaining why she would be deserving of a donation.

The organization gave $5,000 to the Ledbury family on Friday in an effort to ease the financial burden as they deal with Haley’s treatments.

“I think it is about giving back and you know a lot of times you hear that term but you don’t really see it in action. This is action,” Edward McNelly of Cops for Kids with Cancer said.

The Malden Police Department gave the family a police escort to the station for the presentation. They also collected presents for the Haley and her brother.

“I just want to thank everyone for helping me. Thank you so much,” she said.

Cops for Kids with Cancer gives away roughly $30,000 a month to families of children battling cancer. They have given out more than $2 million since they started.

“This is the essence of what police do. It’s back up,” Malden Police Chief Kevin Molis said. “We stand with people and don’t ask them to be heroes by themselves. We will be there with you to provide comfort and support if we can.”