Cops for Kids with Cancer gives donation to couple whose 1-year-old daughter was born with a rare form of a childhood cancer. 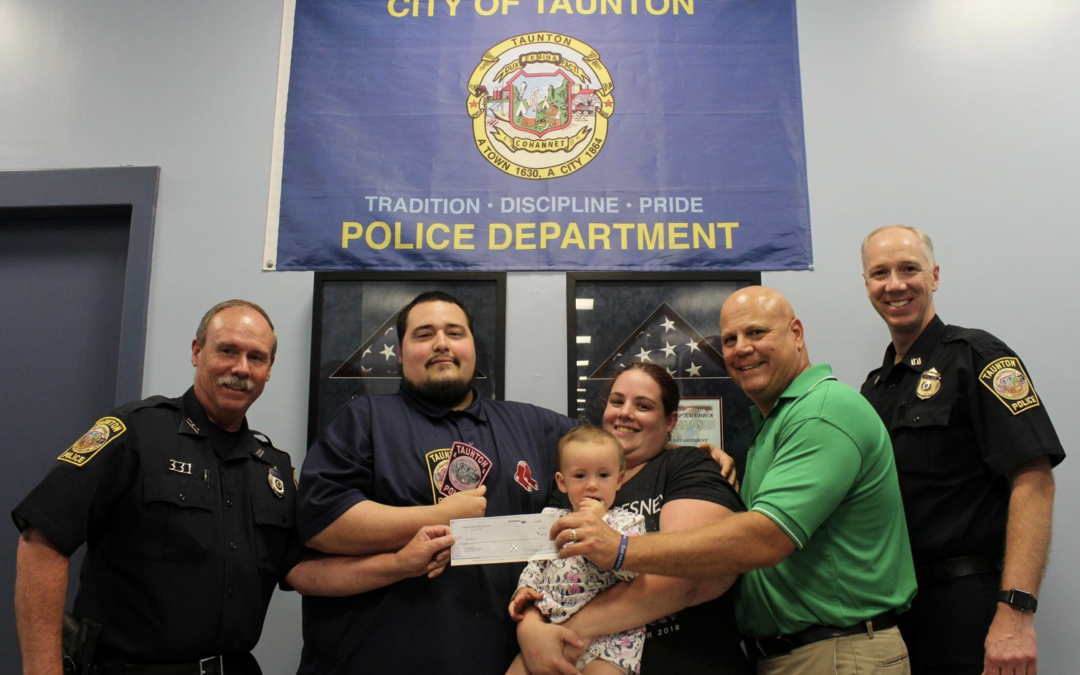 TAUNTON — The Taunton Police Department has once again partnered with the nonprofit Cops for Kids with Cancer to provide a donation to a local couple whose 1-year-old daughter was born with a rare form of a childhood cancer.

Taunton residents Alicia and Eliseo Ramus said that their daughter Hannah was born with a cancer known as embryonal rhabdomyosarcoma, diagnosed after doctors found a tumor on her back — a rare case, they were told.

Hannah was officially diagnosed 10 days after she was born on November 11, 2017, according to her mother.

“They found the tumor while I was pregnant, two days before she was born. We caught it as soon as we could,” said Alicia Ramus.

“We were hoping it wasn’t cancer. We kind of knew, but didn’t want to know at the same time.”

Though Hannah is now cancer-free and the tumor has since been eliminated, her parents said that the $5,000 Cops for Kids donation has now allowed them to catch up after more than a year of having to budget around the costs related to their daughter’s treatment.

“This killed us financially. I had to stay home at first…so I had to be a nurse and a mother at the same time,” said Alicia.

“We plan to use this donation to pay down bills – MassHealth covered almost everything, but this all has still been very expensive,” said Eliseo.