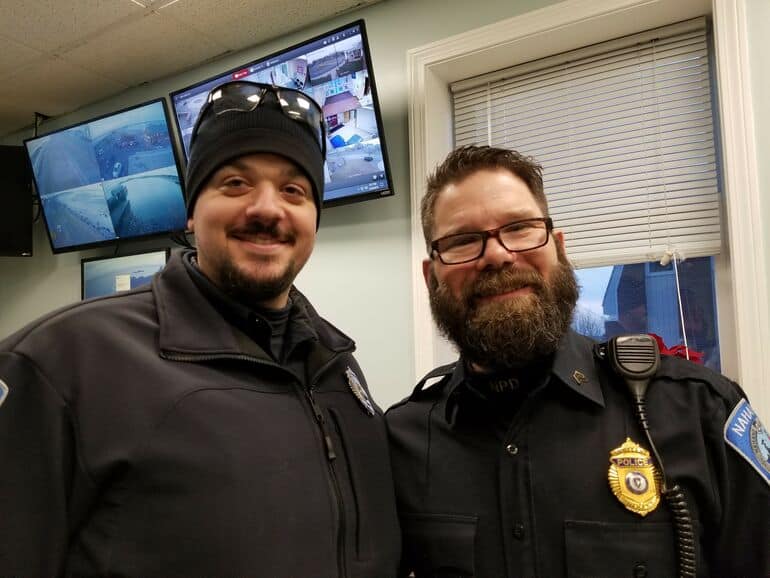 NAHANT, Mass. (WBZ NewsRadio) — Many police departments around the country have a “No-Shave November” to raise money for a good cause.

In Nahant, they went one month further on the calendar.

Officer Matt Morneau is one of nine officers who paid $100 to be allowed to grow a beard for November, with the money going to the charity Cops For Kids With Cancer. They’ve been doing it for three years now, but this year, they went one month further.

“This year, the chief actually extended it for an additional fee,” Officer Morneau told WBZ NewsRadio’s Carl Stevens. “We put it at $50, we could go through December to get us to January 1.”

They’ve sold T-shirts, got donations, and raised over $5,000 for the charity. Morneau said the department raised money for kids in Lynn.

“The charity raises money for families, to give them a little break in the financial burden,” Morneau said.