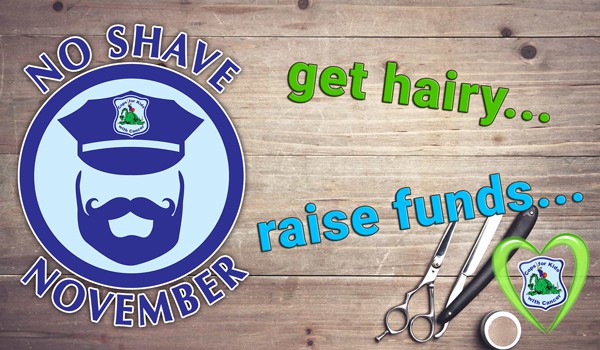 If Scituate police officers look a bit more hairy than usual it is because the department is participating in No Shave November, a fundraiser where officers refrain from shaving until the end of the month.

“We’ve been doing this for the past couple of years,” said Lt. Detective Paul Norton. “Close to every male member of the Scituate Police Department is taking part.”

Scituate is one of several police departments, including Marshfield, Duxbury, and Quincy, that is raising funds from No Shave November to benefit Cops for Kids with Cancer, a 501(c)(3) charitable organization focused on raising funds to provide assistance to families of children fighting cancer to improve their quality of life.

“It’s a great organization,” Norton said. “They helped a young cancer survivor who is a relative of one of our officers, so it’s a cause that really hits home.”

Norton, who is participating in the fundraising effort, hopes the community will show its support by donating what they can to the cause.

“It generally runs until the end of the month, but sometimes the chief will extend it in order to raise more money,” he said. “Whenever it’s over is when we can shave.”

To make a donation for the Scituate Police Department visit copsforkidswithcancer.org

Check donations are also accepted at the Scituate Public Safety Complex, 800 Chief Justice Cushing Highway (Route 3A). Checks should be made out to Cops for Kids with Cancer.