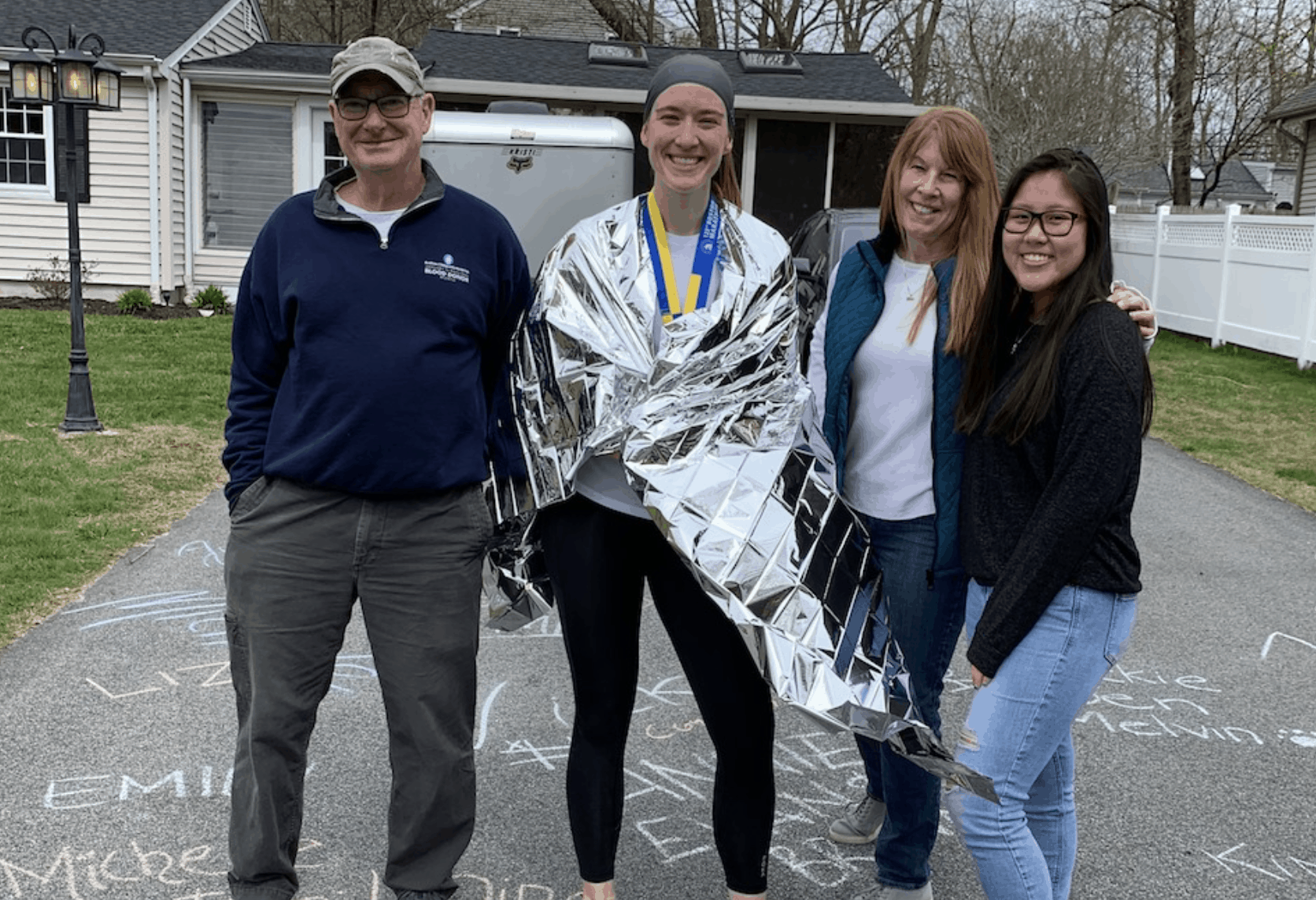 SUDBURY, MASS. (WHDH) – While the Boston Marathon has been postponed to September, some runners just couldn’t help putting in their 26.2 miles on Monday.

Kendall Bennett set up a treadmill in her Hopkinton home and ran a full marathon, posting clips on social media.

Bennett was inspired by her uncle, the late Billy Coulter — a State Police lieutenant who ran 150 races, including 36 Boston Marathons.

“I felt like my uncle would’ve done something like this, so I thought, I should do it,” Bennett said. “I just needed to do it, it was a really great experience. I’m glad that I did.”

Her marathon raised more than $5,000 for “Cops For Kids With Cancer,” a charity her uncle helped lead.

“So many people contributed, my phone was buzzing with donations to my fundraising page,” Bennett said. “That was a great way to honor him, to support something he was so passionate about.”

“We have poles set up to mark the path, and then you have a fitness watch that tracks distance taped to a knee hockey stick,” Tom Warzynski said. The brothers raised funds for “Off Their Plate,” a charity that feeds front line workers by paying restaurants to cook gourmet meals.

“We wanted to help people who were having a harder time dealing with the coronavirus,” Tom Warzynski said. The race was successful, raising more than $3,000, but not without hard work.

“My legs are a little tired, but I started a little too fast,” Sean Warzynski said. “I have to pace myself better.

← Cops for Kids with Cancer, Saugus Police Department support leukemia patient Shelby and her family send “thank you” photo to CFKWC after recent donation to their family →