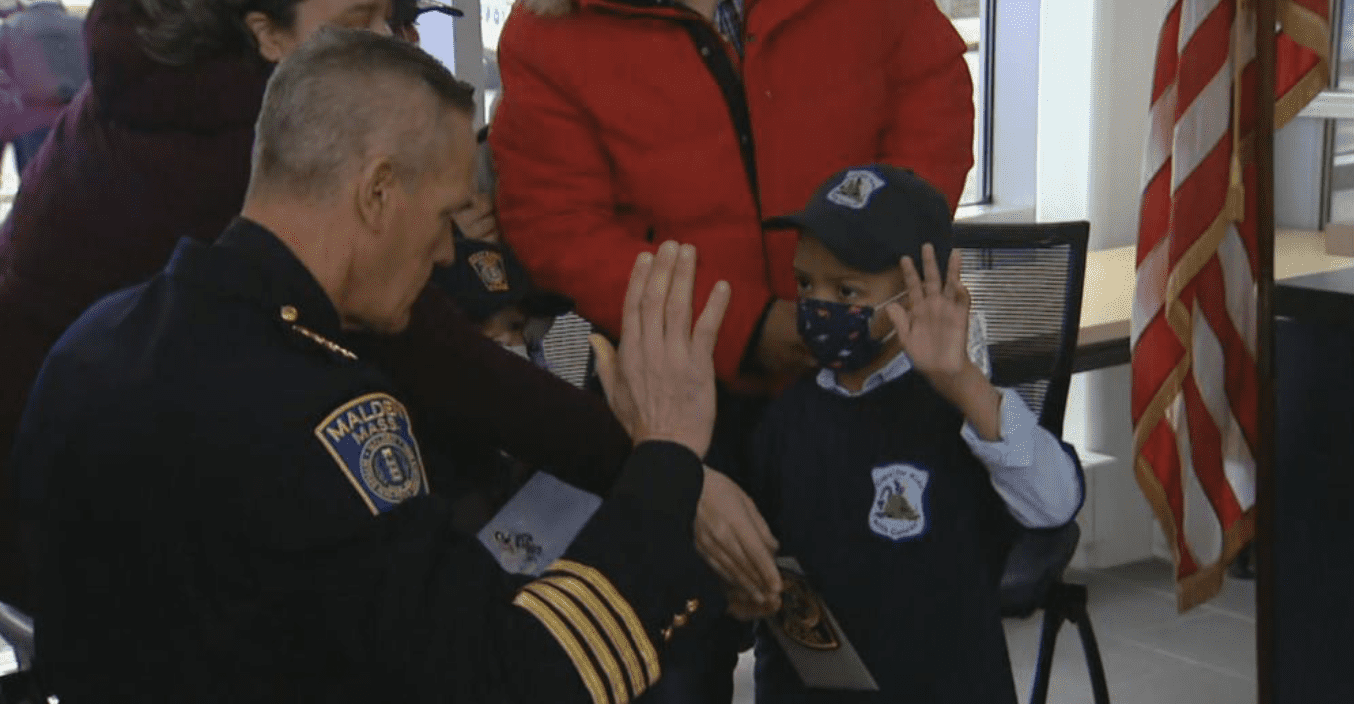 MALDEN (CBS) — Malden Police are helping the family of a young boy who is battling cancer. On Friday, Morrow and his family were escorted to the police station by cruisers with the lights and sirens on.

“I want you to come into your police station. Today you’re the chief,” Malden Police Cheif Kevin Molis told six-year-old Morrow. He has been battling cancer for two years.

The Malden Police Department has partnered with local non-profit Cops For Kids With Cancer to give his family a $5,000 donation.

“I think Abraham Lincoln said no man stands so tall as when he stoops down to help a child. But today we’re not stooping down, we’re looking up to you, because you are an inspiration to us and we want you know to how much this means to us,” said Molis.

Molis followed through on his promise to make Morrow the police chief for the day by holding a very brief swearing-in ceremony and giving Morrow a sticker.

Morrow’s dad said it’s been a difficult road, but the community’s support has really helped.

Cops For Kids With Cancer was founded in 2003 and has since given more than 750 families millions of dollars.

← CFKWC accepted $10,000 donation from the Natick PD and (phRMA) Research and Manufacturers Thank You Jennifer Stockdale for Inviting CFKWC to Attend her Special Evening and Donation →